Just came back from La Rochelle where I went to spend a couple of days with my “best mates”. We chose La Rochelle because it was more or less an equidistant point from where we each live.

The fortified historic port, streets lined in arcades, churches, museums, noble mansions, but also the famous Francofolies music festival are just a few of the appeals of La Rochelle

La Rochelle is a sea port on the Atlantic coast of France and has a vibrant history. Many of its monuments and buildings are a constant reminder of days gone by. Dominating the port are the towers. All three towers in La Rochelle were designed to be lived in, but from the 16th to the 18th centuries two of them (namely the Saint Nicolas and Chaîne towers) were also used as prisons for Huguenots and foreign sailors. They were then used as military prisons in the 19th century. The Lanterne tower was used to disarm boats before they came into port and served as a lighthouse.

They are impressive in or out, day or night. We bought a combined tickets and visited all three of them.

The views form the top over the harbour and see are spectacular.

We took the opportunity to visit many places as well as sample the very friendly hospitality of the “Rochelais” (inhabitants of La Rochelle).

There are many restaurants and bars many of which can be recommended. On the first evening we went to the chain restaurant Ragazzi Da Peppone. They have a very good concept which is to serve purely authentic italian dishes and ingredients. Also interesting is the fact that all their restaurants have a cellar and the patrons have to go and choose their own bottles. You can also buy bottles to take home at a reduced price. All in all a very good experience and a very pleasant dinner. 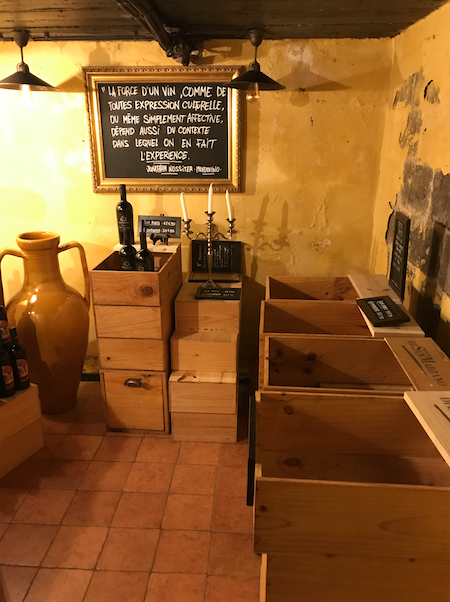 The second evening we had dinner at Les 4 Sergents on rue Saint Jean du Pérot (see below). Not only the food is good, the staff friendly but it has a very grand decor and atmosphere. The restaurant is located in an old winter garden structure.

A must in La Rochelle. 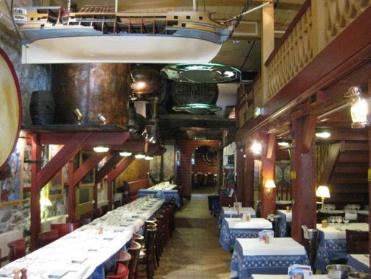 What about lunch you might ask? Well in the same area / street we tried the also well known Bar & Brasserie André. It is in fact mainly a sea food restaurant. The place is enormous and there is a wide choice of shell fish to be had.

Tried of course a couple of bars for the odd nightcap. One which impressed us was located in the St Nicolas quarter. L’Imprevu is a small bar which also offers food. One of the speciality is curried steamed mussels. Decor is something else, the ambiance very cosy and the staff super friendly. The choice of whiskys and rums is not bad either.

Of course La Rochelle is mainly a port town. There are quite a few bassins and it is always a pleasure to watch the boats.

The grey skies contrasting with the bright coloured boats.

There are some oldies as well

The old town is full of arcades ans shops surrounded by old buildings. I would recommend the Michelin Green Guide of the town and follow on foot the “Green Route”. It will take past the main attractions and buildings.

One of the attraction / amusing fact is the Maison Henri II. Michelin says ” This building consisting only of a façade and narrow corridors in a gallery was built in 1555 for Hugues de Pontard, the king’s prosecutor and was in fact a clever way of connecting the two buildings on either side of the courtyard”. We found it easily.

Maison Henri II. It is only a passage way between the two adjacent buildings.

We also managed to visit the Aquarium. It is quite impressive and very well kept. There is a large variety of sea creatures to be seen. Explanations and descriptions are very clear. To be recommended. 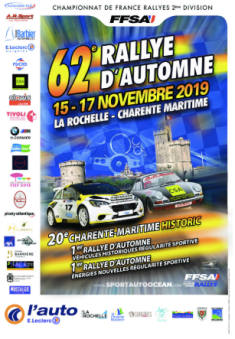 On the day of leaving Rally Cars were beginning to gather on the main square. We found out that it was for the annual Automne Rally which apparently was cancelled last year because of the Gilets Jaunes. 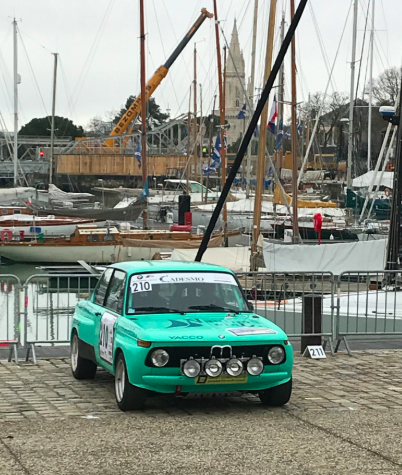 All in all, we walked miles, saw a lot of things and generally had a great time.

To see more photos posted on the cloud, click here. They include many black and white photos taken & developped by my friend Phil who is still a dedicated user of cameras with films. I like the results.