I dreamt last night I was flying around and departing from Copenhagen airport. Since it is one of the airports I spent most time waiting for connecting flights it is hardly surprising. However it made me think today of airports in general. Airports I have used and the list is pretty long, airports I like and airports I hate. Efficient airports, relaxing airports, comfortable airports. There is no secret I have enjoyed all these years jet setting so to speak. I have had extremely good experiences as well as a few horror stories.

I have fond memories of Copenhagen. I used the platform many times to travel to Scandinavia but also as the main platform to fly to north America. Living in northern Germany at the time, I never could accept flying south to Frankfurt for example to fly back due north on the route to the US.

Let us go through a few of them:

Probably still my favorite airport. It is uncomplicated, medium size with a nice scandinavian atmosphere. A lot of wood panelling gives a warm feeling. On the negative side, maybe somewhat expensive bars and restaurants. However they have great lounges especially the SAS one which I used extensively flying back and forth to the US. I always had a few hours to wait early in the morning flying back from Chicago for instance and the lounge had great showers as well as breakfast offerings. The hours waiting just went by very quickly.

Part of my favorite airports. Although a big airport it has this friendly feel. I knew my way around ever so well> The shops are nice, the lounges fairly good. I say fairly because they were usually fairly crowded. On my way to and back from South America I always had at least 3 hours waiting time so I had plenty of opportunity to look around and discover the place. Even on short European trips I tend to also use Amsterdam as a platform. The fact that Air France and KLM are one company so to speak, you have access to the largest European network via this airport.

Spent a lot of time in this airport. I knew all the bars and restaurants by heart. Each terminal has a different atmosphere. At the time I was an avid smoker so to speak and that is simply impossible within the terminals. Standing outside in the middle of winter to enjoy a last cigarette before a transatlantic flight is no fun at all. The United lounges are not bad however drinks are not free as done in Europe. Coming into the country can be difficult with a lot of long queues at immigration. That is not specific to Chicago but to the US in general. Saying that, it has been known that I would get through within 20′ from the time I disembarked to the exit of Terminal 5. 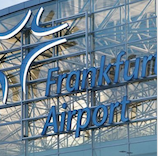 Probably tops my list of my pet hate airports. Saing that, a lot of effort has been put in to revamp the place over the past few years. I guess that is part of the problem, there was no ending to the construction site and transiting from one terminal to the other took ages going up and down, underground etc etc. The place is too big and not welcoming enough. I have spent hours and hours in there waiting for overseas connections. It is almost always ever so crowded. If I have to use a turntable airport in Germany I would always attempt to go via Munich.

I have been through these one way or another. It does not include smaller aerodromes when flying with private planes. Neither does it includes heliports. I am sure I have forgotten a few (there are a couple of names in China I cannot remember for instance)

This entry was posted in Planes Space and bits, Travel and tagged Airports. Bookmark the permalink.