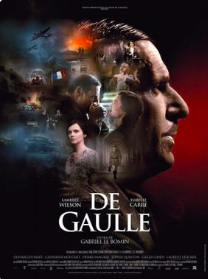 The second  storm of  the week, and it is only Wednesday, was expected with strong winds and rain, an ideal time to spend time at the pictures. The film De Gaulle is being released in the cinemas today so it was a clear choice for me. Furthermore, with the current Corona virus epidemic threat, by the way I think there is far too much hype going on, the best thing to do is to avoid crowds. Therefore there is no better place than a cinema for the early afternoon show with the usual 10 people in the room.

As for the film it was only mildly entertaining, not a master piece. I nevertheless learned a couple of things on the period depicted. I also never realised that the general was a one man show to start with.

This entry was posted in Entertainment and tagged CGR, Corona Virus, De Gaulle. Bookmark the permalink.