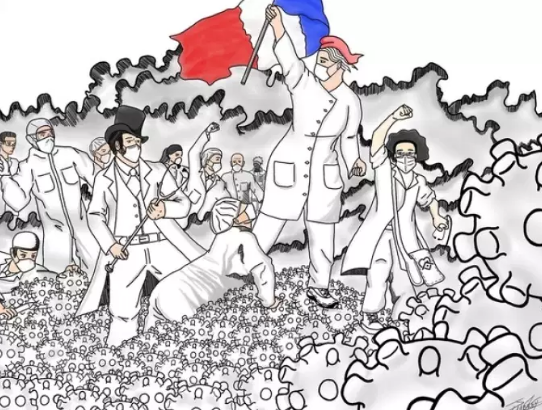 The Prime Minister Edouard Philippe will present the deconfinement plan to the National Assembly on Tuesday at 3 p.m. There will be 6 main themes: health (masks, tests, isolation…), school, work, shops, transport and gatherings. This plan will then be submitted to the Assembly for debate and vote.

I can already hear all the critics which will follow. I guess I shall avoid TV and radio for a little while.

The Scientific Council gave its recommendations on Friday afternoon. I have a copy of the document in French of course. You are welcome to have a look. If I find the , energy I shall make a resume of the main points. 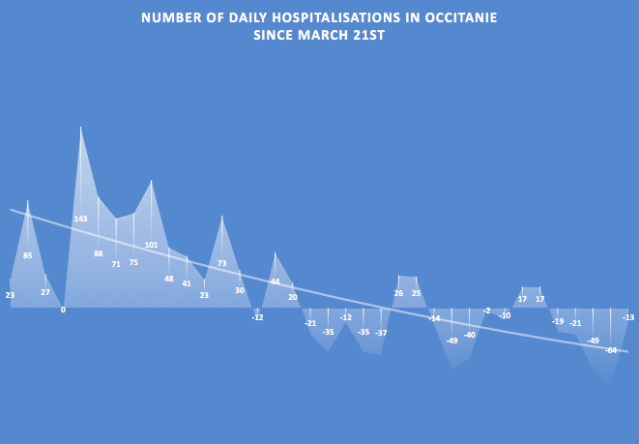 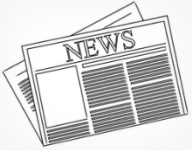 As the deconfinement approaches, we shall now be able to buy masks in pharmacies. A decree was published on Saturday in the Journal Officiel, amending the public health code that determines the list of goods that pharmacists can sell.

During the confinement, the French keep themselves busy as they can, sometimes find new passions or simply change their way of life. Here’s what the numbers say about these changes in behaviour.

The Coronavirus has already caused more than 203,000 deaths worldwide, including 26,000 in Italy and nearly 23,000 in France and Spain. Figures that are certainly far from the truth. For everywhere, the balance sheets are disputed.

Many were not declared because they occurred at home or were the result of pathologies that were not properly treated because of overcrowded hospitals. The number of deaths from heart attacks in Italy increased fourfold during the epidemic, as those affected did not dare to go to hospital. Not to mention the people who died in old people’s homes because of the coronavirus, which is largely underestimated. The judiciary has opened investigations throughout the country.

The covid-19 is a nightmare for statisticians. The quality of the data is poor: “We don’t know if someone has died of cancer or covid-19 as long as they test positive and it won’t show up in the final statistic. Every country has its own way of testing and counting deaths. It is simply impossible to compare Germany and Italy,” says Dmitri Djanov, head of the Demographic Data Laboratory at the Max Planck Institute for Demographic Research.

The German institute will make available within two weeks a record of weekly (“all-cause”) mortality data from six to eight countries since 2010 that can be used as a basis for measuring the impact of the pandemic on a country’s total mortality. Developed with Berkeley and INED, the “Human Mortality Dabatase” should eventually include 20 to 25 countries. “There are no correct data. This is a real problem when you consider the weight of containment measures and the economic impact of the pandemic. Governments need as much information as possible as they start to deconfine.”

Despite the comments above, based on the existing data, Europe is still experiencing more than double the amount of deaths compared to the USA. 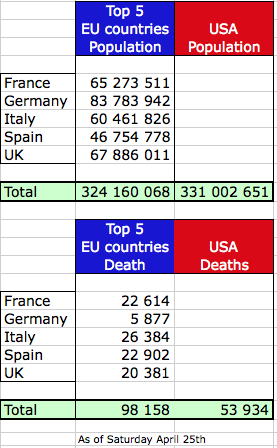 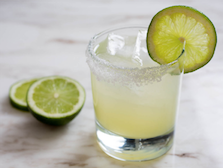 One of my favorite cocktail – The Classic Margarita

Pics of the day 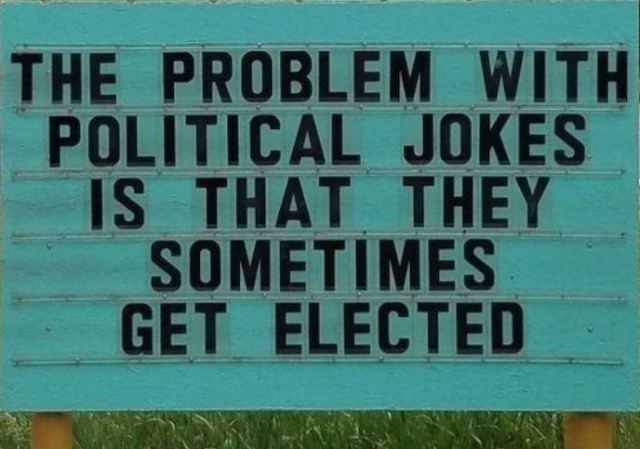 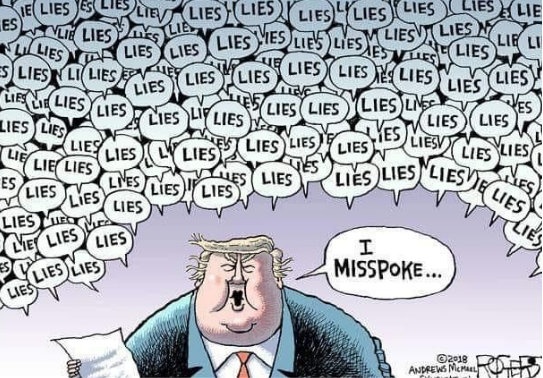 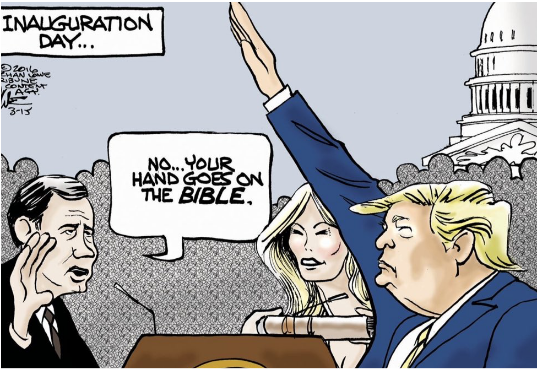 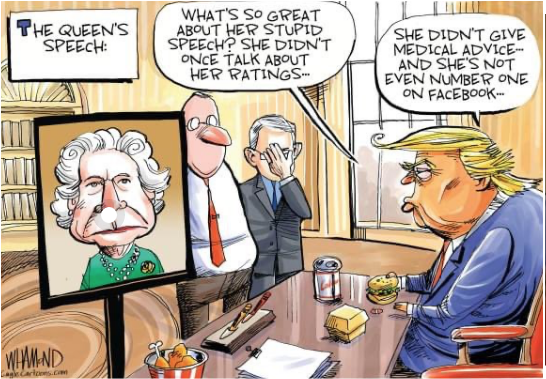 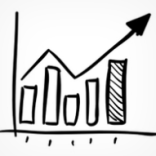 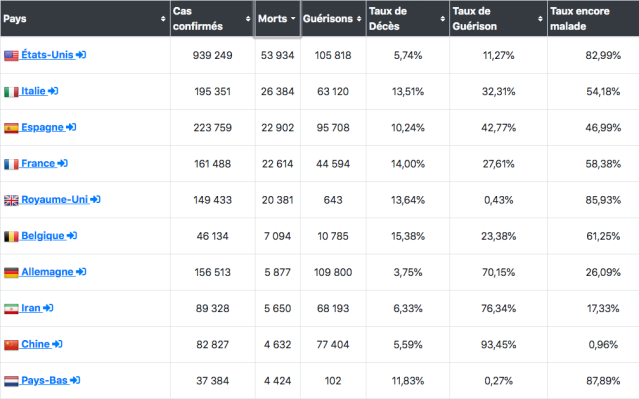 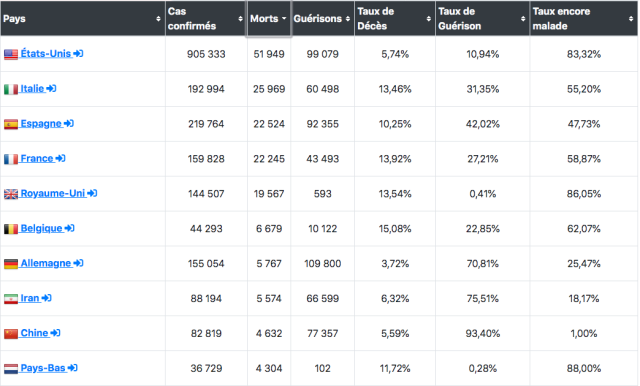 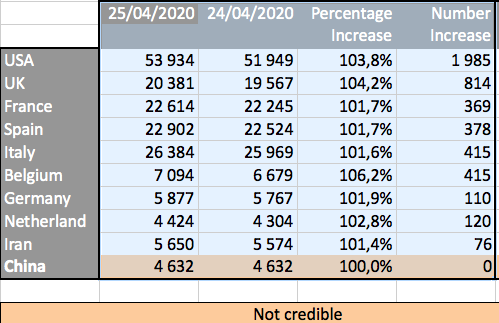 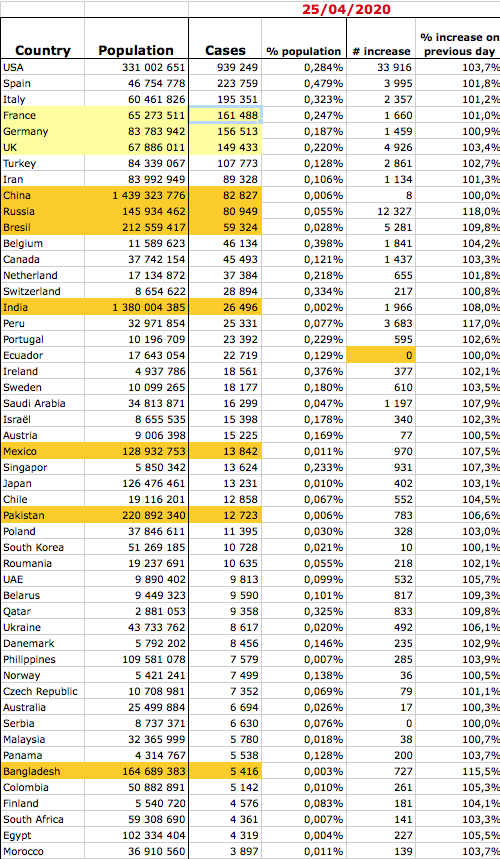 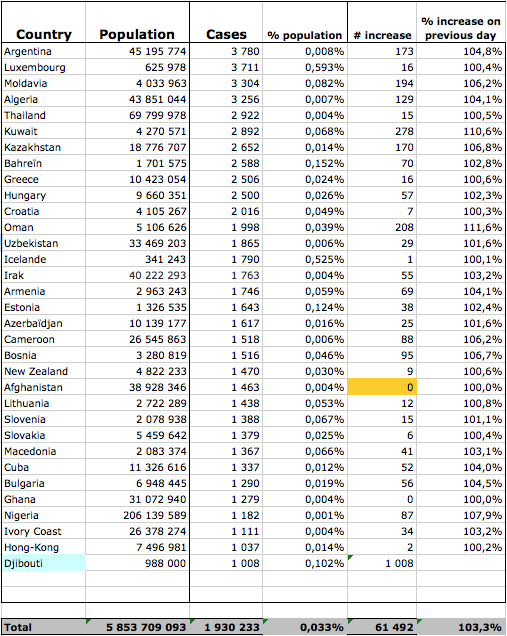 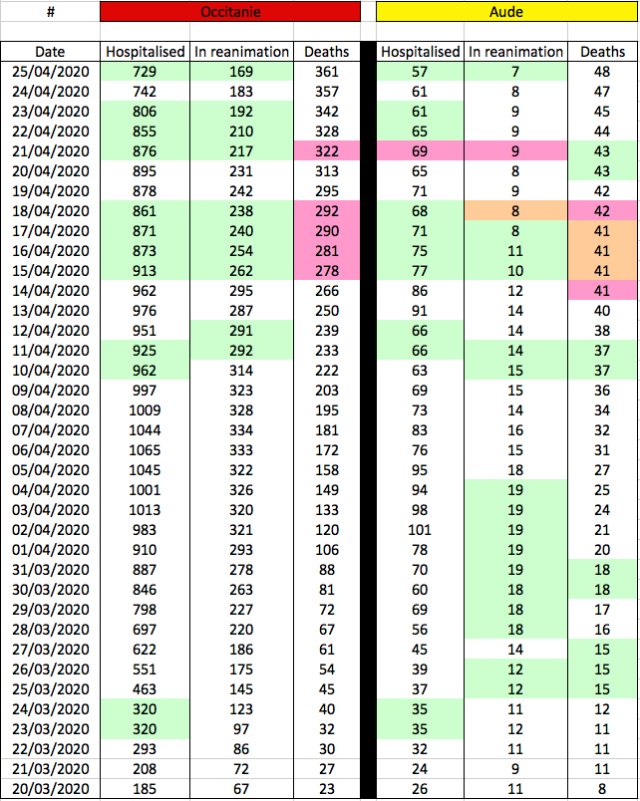 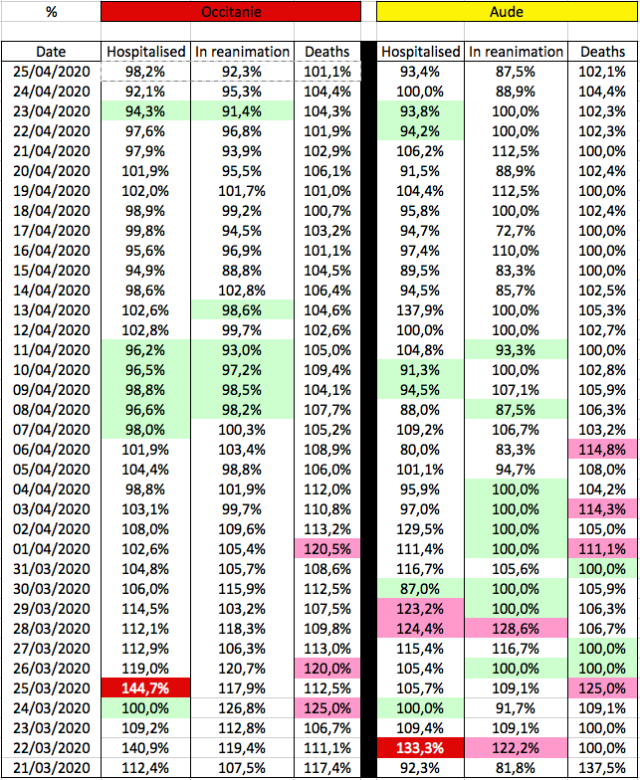 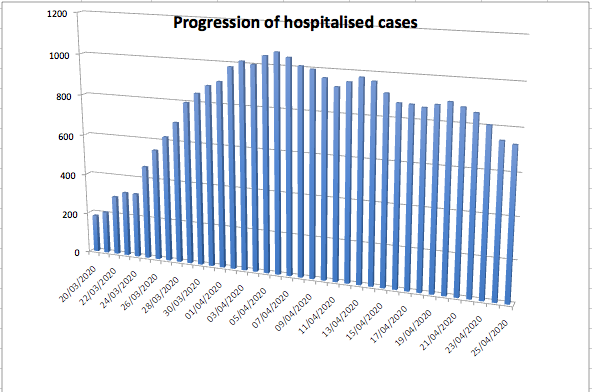 This entry was posted in Health and fitness and tagged Carcassonne, Confinement, Corona Virus, Covid 19, Masks, Stay at home. Bookmark the permalink.